For employers       For job seekers

Previous Next
8 Interview Red Flags To Avoid In Prospective Employees

8 Interview Red Flags To Avoid In A Prospective Employees 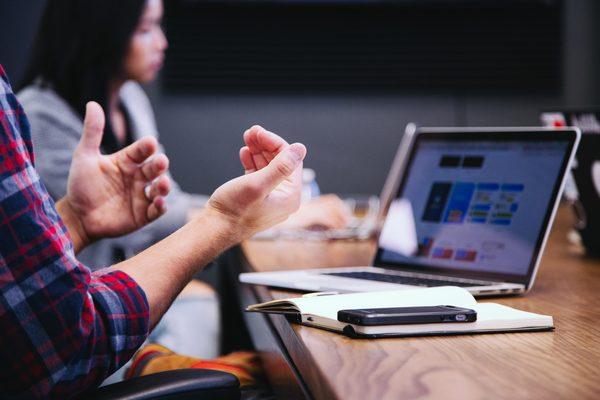 Hiring is always tricky, however, this can be a challenging time for employers seeking to add staff. The unemployment rate is lower than at the start of the pandemic, yet the need for employees is rising at a greater pace. The most recent data shows that Colorado’s unemployment rate is 6.1% (July), while the national unemployment rate fell lower to 5.2% for August (seasonally adjusted). As the hiring struggle continues, many of our clients want to know what to look for in prospective employees that could be considered Red Flags. Here are the Top 8 Red Flags to look for in an applicant’s resume and/or during the interview.

There are 3 main red flags in a resume that you want to keep an eye out for. Be aware of:

We consider Job Hopping to be significant, frequent job changes that are well below the average length of time for people to stay at one employer. We know that Millennials do not stay at a job nearly the length of time as Baby Boomers or Gen Xers.

According to the U.S. Bureau of Labor and Statistics:

“The median number of years that wage and salary workers had been with their current employer was 4.1 years in January 2020 … Median employee tenure was generally higher among older workers than younger ones. For example, the median tenure of workers ages 55 to 64 (9.9 years) in January 2020 was more than three times that of workers ages 25 to 34 (2.8 years).”

Concern starts to arise when we see applicants habitually move within 6 months to a year. If you see someone who has been at a new job every 6 months to one year for their entire career, that is something that you want to look at and see if there are explanations.

This is not to say that you should immediately disqualify them, we are saying that you might need to look into it more. Ask yourself, are there any potential explanations for why (military family, HS/college student working different places for school, seasonal employment, moving out of state, etc.)? If everything else looks good, it should warrant an interview, where you ask a lot of questions regarding their job history, and then make a better decision based on the information they give you.

Gaps in a candidate’s employment history can be another red flag to look for in a resume. Similarly with job longevity, some of these can easily be explained. If someone has taken time off to be with family, or perhaps they were severely impacted by Covid-19, either health-wise or were laid off. Someone who has lost a job might have taken whatever job they could get until they found a better one. It is important to look at these to determine why they left their last job, and how they explain their gaps. It is perfectly acceptable to have gaps, but it is imperative that you ask the questions and get the answers.

Errors On Their Resume

Finding Errors on a Resume can be another red flag. As someone who reviews resumes on the daily, we know that not all resumes are perfect, even though we like to think they should be. However, taking a look at a resume in comparison to what type of job this person is applying for (as it relates to errors or typos) is critically important. For example, if someone is applying for a Office Manager position, where accuracy, attention to detail and correctness are key qualifiers of the job, that resume should have fewer errors than a position where accuracy or attention to detail is not as much a part of the job. A job that requires less attention to detail has less of a concern when we look at resume errors.

Once you’ve determined you want to schedule someone for an interview, here are some other red flags to consider when going through this next step.

If you schedule an interview, but the applicant doesn’t show up (via phone or in person) without communicating, they have No Called/No Showed or Ghosted you. This is obviously a huge red flag, but it is imperative that you check in and make sure it wasn’t an emergency where they couldn’t reach you. If that is the case, give them the benefit of the doubt.

If they Arrive Late for the interview, that is also a red flag about how they might show up for work if they are hired. Again, it’s always important to address the issue and give the applicant a chance to offer an explanation. Sometimes the reason is valid, other times it is not.

Many positions require a significant amount of interaction with clients, customers and coworkers. If someone displays Poor Verbal or Nonverbal Communication Skills, it usually is a red flag, depending on the position. If this position requires a lot of communication with customers and/or teammates, how they conduct themselves in the interview is very important. However, if this position doesn’t require customer and/or client interaction, you might want to give them another thought. They might just be shy, nervous, aren’t used to interviewing, and could still be an excellent employee.

Negative Talk About Their Previous Job

When asking questions such as, “Why did you leave your previous employer?”, if a response includes Extreme Negative Talk About a Former Employer, Boss and/or Coworker, that can be a red flag. It is more in the way that it is communicated, than the fact that they had disagreements or issues. There may be legitimate reasons that an employee left that could directly be related to a poor management style, or a negative working environment. It is important to relate those things, but also do it in a way that isn’t completely bashing another company or person.

Not Being Able to Give Much Detail in the Interview, such as examples of their work, accomplishments or how they contributed to the company can be a red flag. This could mean that the employee wasn’t effective or productive in their work. However, please remember that not all people interview really well, and may have a hard time coming up with good answers on the spot. They still could be great potential employees.

As I’ve stated throughout this article, these all could be potential red flags, but this list should be taken with a grain of salt. Some of these situations can be explained, and these applicants should not be overlooked. Also, remember that not everyone has the opportunity to get professional feedback from a recruiter. They might not have ever been given advice on resumes, interviewing skills, and career advice in general. Interviewing is an art, not a science.

At the end of the day, you will know if the issues I listed will be a deal breaker for your business. You, and your gut, know what you really need. There are many applicants that end up being great employees, even with a red flag or two. The key is to look for them, address them, ask for an explanation, and evaluate the result or answer given to make the best decision possible.

Good luck out there — if you need help with hiring, reach out to us!

Hire With Ease is a flat fee recruiting agency you can afford. Our hiring specialists are trained experts who will bring you candidates who can not only do the job, but who will fit your company’s culture. Let us help you Hire With Ease.